Sometimes, even though you’ve caught up on work and have no legitimate reason, you simply don’t feel like cooking. Yesterday was one such day.

We’re normally pretty frugal, cooking at home and eating leftovers until they’re gone, even if it takes four days. But I looked at the fridge yesterday, found a whole lot of “meh,” and decided we needed something else. Something not currently in the house, made by someone who was not me.

There was at least one other option…but takeout seemed to be the way to go.

Next, we had to figure out where this dinner would come from. Wanting something non-pizza-related, it also needed to be somewhere convenient for Tom to stop on the way home from work, and where I could order and pay online, because if I had to talk to a humanoid on the phone, I’d probably decide a baked potato and steamed veggies was an acceptable meal after all.

Applebee’s it is, then.

I decided on the caprese mozzarella chicken, which is grilled chicken, fresh mozzarella, grilled onion and tomato, served over garlic mashed potatoes. 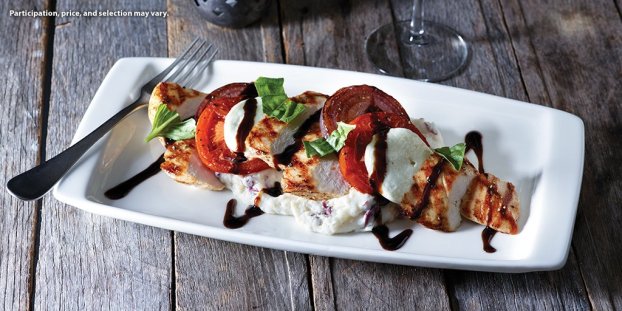 Because I was paying (since it was my idea to get takeout), I also splurged on an order of chicken wonton tacos, because the crispy-crunchy wrap amuses me.

I’m a gastric bypass patient (November 2001), so any restaurant meal is two to three meals for me. Besides enjoying leftovers later in the evening or for lunch the next day, it helps me justify the cost of ordering out.

Tom arrived with dinner, and it was delicious. I ate two of the tacos and half the caprese mozzarella chicken. I expected to feel really full, because it was a considerable amount of food for my modified tummy.

What I did not expect was the pain.

A few times over the last couple of years, I’ve had some kind of idiopathic gastroenteritis, when my intestines are inflamed and feel like they’re full of ground glass and rusty barbed wire, but this wasn’t it. General Thanksgiving-level fullness was combined with bouts of stabbing pain.

Even now, fifteen or so hours later, it’s not completely resolved. There is a lingering fullness and occasional flashes of “ouch,” but nothing is spewing out either end, so I guess this is progress.

At the height of last night’s gastrointestinal crisis, I almost threw the leftovers in the trash, but I didn’t. Why not? Well, there’s no way in hell I’m eating it, that’s for sure. But I figure if my guts rupture and kill me with caprese-induced peritonitis, Tom will have evidence for his wrongful death lawsuit.