I’ve had a stressful, busy week, so other than some light editing, I’m giving my brain the day off. There will be knitting, TV, time with the Direwolves, and Tom has suggested pizza and movie night. When he gets home, he’s bringing pizza from a place with wood-burning ovens we’ve been meaning to try. Right now, I think the movie will be Three Billboards.

In the meantime, enjoy these photos of my day, as always, featuring Mozzie and Oliver. 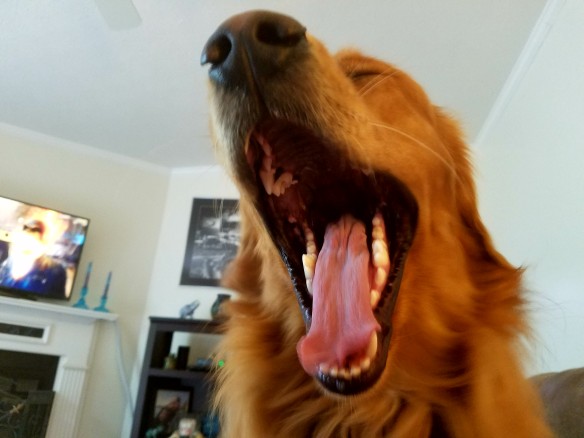 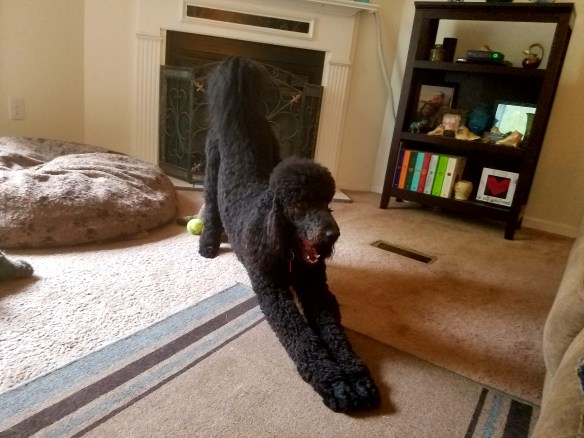 I haven’t missed a day of posting since I started Furwood Forest a little over a month ago, but I was stumped what to write about today. I have over 500 posts archived from the old Fermented Fur blog, but nothing was catching my attention as something I wanted to post.

Mozzie and Oliver, AKA The Direwolves, weren’t cooperating, which was downright inconsiderate. They’re made of cuteness and shenanigans, and the least they can do is provide blog fodder. I’m their mama, nurse, activity director, chef, concierge, stylist, entertainment committee, teacher, referee, jungle gym, therapist, and maid. All I ask is for them to pull their weight.

Fine. I guess their snuggles are payment enough.

In desperation, I went outside and captured some video of them playing with their Romp-N-Roll Jolly Ball. Luckily for all of us, they’re adorable no matter what they’re doing.

While many of you are enjoying something I’m told is called a “weekend,” Tom is at work, and I am about to do the same. If you weren’t aware, I’m the managing editor for Limitless Publishing–and our new imprint, Crave–so I work at home with my Direwolf assistants.

I’ve already conquered Mount Email, and will continue to do so, but aside from managing the editing and proofreading staff, working with designers to assign our book covers, overseeing the creation of cover blurbs, overseeing all stages of production of our horror and romance anthologies, and a bunch of other publishing-related chainsaw juggling, I also edit, both for Limitless and select independent (indie) authors, and that’s what’s on the agenda today. I need to finish a first round of an edit and get it to the author for revisions.

Once I achieve the day’s work goals, it’s on to the reward portion of the day, doing what I want. Currently, this means watching Doctor Who–which I’ve never watched before–and working on my knitting.

I’ve crocheted since I was a kid, but knitting is a new challenge. I’ve only been at it about two weeks, and have only worked on swatches of different stitch combinations so far. This is the most recent swatch, a “seersucker” diamond pattern, which came out fairly well.

I still have a hell of a time casting off at the end of a piece, which makes no sense, because it’s insanely easy. Do two stitches, pull the first loop over the second and off the needle. Yet I can’t get that first loop off in one piece without losing the second one. I resorted to just sliding both stitches off the needle and using a crochet hook to pull the second stitch through the first, then putting it back on the needle. I’ve concluded I knit too tightly, and am trying to adjust my technique.

Last night, I started what might be my first “real” project, though it’s still just practice of basic skills before I move on to more complex stitches. Technically, it will be a dishcloth with a dog on it, though I am still befuddled why anyone would spend time making something pretty and then use it to scrub barbecue sauce off a plate. I have no idea what I’ll do with it, but washing dishes isn’t on the list of options.

And this is what I have so far:

See? The bottoms of the little puppy paws are beginning to appear.

Thrilling day? Maybe not, but I like quiet and peaceful creativity. Yes, I have some household chores to do, and puppy interaction, dinner to make, and tonight I’ll have my customary bedtime adult beverages because the brain-train has to be derailed at least a little or I’ll never get to sleep.

Some people pack their (for me, theoretical) weekends with activities, but that’s not my life. I like it calm and tranquil and quietly satisfying.

Having said that, The Direwolves will probably stage an insurrection this afternoon or commit some other act of chaos. But until then, I have a steamy mafia princess story to edit.

And probably a snack.